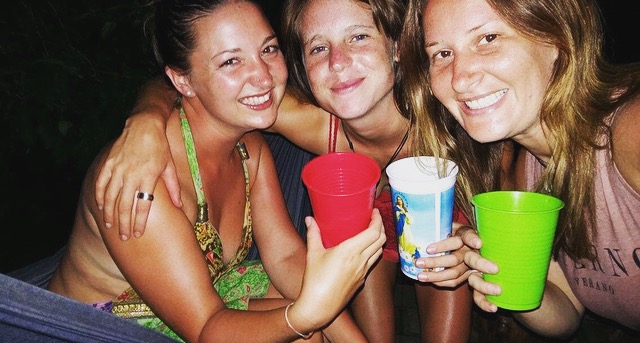 Travelling around South America for five months last summer taught me the tips and tricks of travelling cheaply, but it didn’t come straight away. Common quandaries when it comes to discussing travelling is how much you need when you’re on the road, and how on earth you’re going to save enough to begin with. One thing my experience has taught me is that it turns out you don’t have to.

If I learnt one thing during my five month trip around Latin adventure it was that you can cut your travel costs down by over half depending on how flexible you’re willing to be with your travel plans, the type of place you choose to travel and the style in which you choose to do it. Whilst you might not have the money to sip cocktails whilst looking sleek in a trendy bar, you can get a much grittier, rawer experience if you’re willing to work a little for it, and it’s one you won’t regret.

I never planned to travel cheaply, in fact I my travels began with an expensive language programme in Costa Rica, but that’s because i originally only planned to travel for a limited amount of time. This all changed after two months experiencing the vibes of Central America and its ‘Pura Vida’ lifestyle, i decided it was way too soon for me to go home yet and ended up extending my trip by three months, more than double the time i had set aside at the beginning of my trip. I had only around £500 and a place to stay in Peru, but feared not because through the travellers grape-vine i had heard that there were secrets to making this last three times the amount of time it normally would. Once i had spontaneously chosen not to take my flight home i had no other choice, and had to see if i could make this happen.

So, defeating the stereotype that travelling is expensive, here are some ways in which you can make it a bit cheaper – if you’re willing to put in the effort.

I noticed two distinct types of travellers when i was in Latin America; those who travelled with money, and those who didn’t. The first types are the ones you’re likely to encounter at a rooftop pool drinking mojitos; they only have two days in town before they’re on to the next place. They look like they’ve got it together, but underneath the sophisticated exterior they have no idea what they’re doing. Like all travellers, let’s be honest.

The other types are the ones who you’ll see around town much more often, they tend to blend in more with the locals for two reasons. A lot of people who travel like this are from the surrounding areas (apart from Australians, they’re everywhere), and are used to using their talents, skills or anything they can to get from place to place. I met two people who funded their travels by knitting and i don’t doubt that they’re still out there. The other reason is because to travel like this you have to committed to spending a while in one place before moving on. This has more benefits than you might think, however, and has since become my preferred method of travel. Whilst allowing you to live like the locals, you are also more surrounded in the language and can can fully immerse yourself in the culture. This wasn’t much of a choice for me but turned out to be the best one. Stay longer; live cheaper.

A massively underrated method of travelling cheaply or with barely any money is volunteering. This doesn’t have to be a big, preplanned project but can be completely impulsive and still in the place of your choosing. The opportunities for it are everywhere if you know where to look. The majority of places I stayed when i was travelling were hostels i was working for; ‘work’ being an ambiguous term as it was anything from cleaning kitchens to simply hanging around and waiting for guests to show up. My tactic for nailing this deal is simple; show up in a town and ask around different hostels until you find one which takes volunteers (generally more relaxed, easy-going hostels are more viable for this). If you’re smiling and seem friendly then you’re more than likely going to find your new home in no time. Most places expect 4-5 hours of work a day and offer a free bed in return, sometimes meals as well depending on how much you’re willing to work. I used to work in the mornings or evenings and spend the rest of the day surfing and exploring the town i was in. Another money-saving perk of this type of travelling is after sticking around for a few days you soon find out where the cheapest markets are to buy food and can buy things in bulk knowing you’ll be there for a little while. You also make friends with everyone who comes through the hostel and get to know the locals around town; speaking from my Latin American experience these are generally the most interesting people you’ll meet, and if you want to learn a language they’re perfect to practice with.

If you’re thinking about travelling this way but prefer to plan out your trip beforehand a good site which will help you to do this is Workaway. Workaway works in pretty much the same way I’ve described, the perk being you can find your home much in advance you want to (although hosts are often as spontaneous as travellers) and they have all types of volunteering from farming to gardening to helping rebuild run down towns. They’re a great way to find volunteering whilst giving back by helping a community or something that more specially matches your skill set. Once you’ve set up an account you can scroll through hosts who post opportunities from all over the world so it’s a great thing to use just if you’re in need of a little travel inspo. Some people worry about the safety side of this but I’ve found that it’s best to trust your instinct with any kind of volunteering you decide to use, and i think this applies to all kinds of travelling in general. As a young girl travelling around Latin America alone i found that as long as you’re aware it’s really up to you whether or not you get yourself into dangerous situations (like, don’t?)

Alongside volunteering I also found it surprisingly easy to get jobs when i was travelling, particularly in the more touristy areas i was living in. Finding out about whats on offer is best done, as always, by asking around town; being on the look out for signs offering work and then just having the confidence to go in and ask. I worked in a laid back beach bar on Nicaragua’s south coast and an English pub in Lima, and found that whilst the pay was what you’d expect from a third world country it was better than nothing and i made great friends and had the time of my life in the process.

If you want to be a really authentic traveller you can actually booked to stay in locals home, you can book it through various travel companies (STA is one i used) and i highly recommend this, particularly if it’s a relatively rural location. I found waking up to a cockcrow and the sun shining through natural jungle, walking bare foot on dirt paths and hitching rides from locals the most purest and healthiest way of living. On this note; understanding how the local transport system works can massively help with your saving goals, and if you’re with one or more people (for safety reasons) hitchhiking works great in tourist locations. A lot of this knowledge involves bargaining as local taxi drivers will try rip you off if they sense you’re a foreigner, so get clued up about the going rate first. I distinctly remember stepping off an overnight bus in Peru, tired and bedraggled, to a hoard of motor taxi’s.

“hey girl where are you going?”

I give them my hostel name.

… luckily I had checked the motor taxi rate before arriving, one of numerous close calls where I almost got screwed.

There’s loads of companies and projects you can get on to to travel a bit cheaper, but the thing I’d recommend overall is just to make friends – even if saving isn’t your intention, you can get a lot of help from those around you who’ve got experience with the whole shebang. Not only will they tell you about the best places to go for the cheapest deals, they’re generally incredibly hospitable (if you’re heading for the South American area anyway) and will open their homes to you willingly. Be careful doing this if you’re travelling alone though; it’s only worth it if you trust the person well before. I made friends with a lovely Costa Rican girl who let me stay in her house when i was passing back through the town she lived in, and a group of Australians i befriended also helped me with my travelling costs by letting me hitch a ride down the coast of Costa Rica with them. It’s definitely worth talking to people, and in the end i actually found this much more effective than any kind of organisation i could have used. Friendliness when you’re on the road can go a long way, and it will most likely take you where your money can’t. 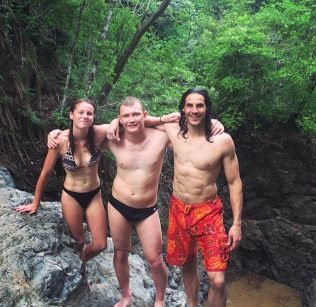 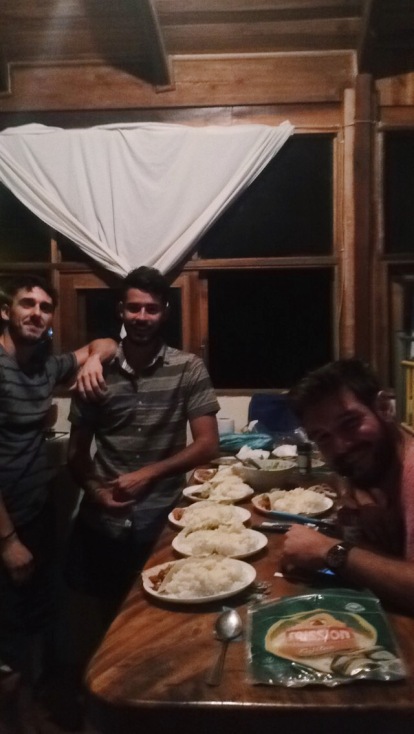